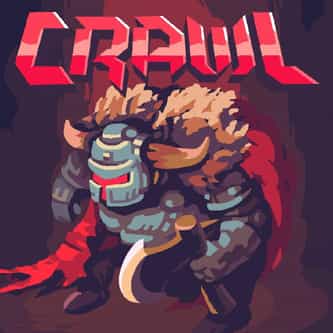 Crawl is a brawler indie game by Australian developer Powerhoof. Up to four players and bots in local multiplayer advance through randomly generated dungeons with one player as the hero and the others as spirits who possess traps and monsters in the environment to kill and thus replace the hero. Crawl is a cross-genre game with roguelike, bullet hell, and brawler elements for up to four offline players and bots. The main player advances through randomly generated dungeons as a human hero ... more on Wikipedia

Crawl IS LISTED ON