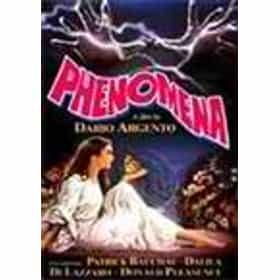 Phenomena is a 1985 Italian horror film directed by Dario Argento and starring Jennifer Connelly, Daria Nicolodi, and Donald Pleasence. Its plot focuses on a young girl at a remote Swiss boarding school who discovers she has psychic powers that allow her to communicate with insects, and uses them to pursue a serial killer who is butchering young women at and around the school. After its release in Italy, Phenomena was purchased for distribution in the United States by New Line Cinema, who cut over twenty minutes from the film and released it under the title Creepers. The film features a score by Goblin, as well as a multitude of heavy metal songs on its soundtrack. The film shares some ... more on Wikipedia

Creepers is ranked on...

Creepers is also found on...