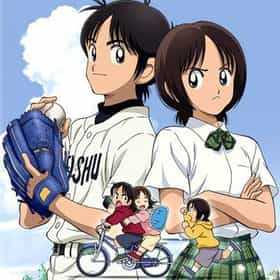 Cross Game is a romantic comedy baseball manga series by Mitsuru Adachi that was serialized by Shogakukan in Weekly Shōnen Sunday between May 11, 2005 and February 17, 2010. It is collected in 17 tankōbon volumes, with the final volume published in April 2010, shortly after the end of the anime series. It received the 54th Shogakukan Manga Award for shōnen manga in 2009, and has been praised internationally as quietly brilliant and a great success. The series was adapted as a 50-episode anime television series that aired on the TV Tokyo network from April 5, 2009 to March 28, 2010. The first episode of the anime, which covers the time frame of the first volume of the manga, received ... more on Wikipedia

Cross Game is ranked on...