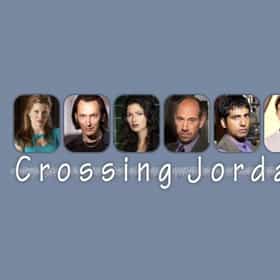 Crossing Jordan is an American television drama series that aired on NBC from September 24, 2001 to May 16, 2007. It stars Jill Hennessy as Jordan Cavanaugh, M.D., a forensic pathologist employed in the Massachusetts Office of the Chief Medical Examiner. The show used an ensemble cast approach that featured a group of Jordan's co-workers and police detectives assigned to the various cases. Its roster of central characters was created by Tim Kring, who also developed its core format. ... more on Wikipedia

Crossing Jordan is ranked on...

Crossing Jordan is also found on...