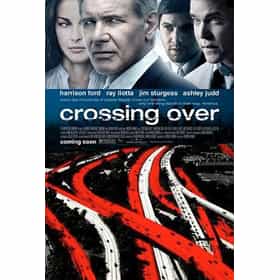 Crossing Over is a 2009 American independent crime drama film about illegal immigrants of different nationalities struggling to achieve legal status in Los Angeles, and stars Harrison Ford as an immigration officer. The film deals with the border, document fraud and extortion, the asylum and green card process, work-site enforcement, naturalization, the office of counter-terrorism, and the clash of cultures. Crossing Over was written and directed by Wayne Kramer, himself an immigrant from South Africa, and is a remake of his 1995 short film of the same name. Kramer produced the film alongside Frank Marshall. ... more on Wikipedia

Crossing Over is ranked on...

Crossing Over is also found on...