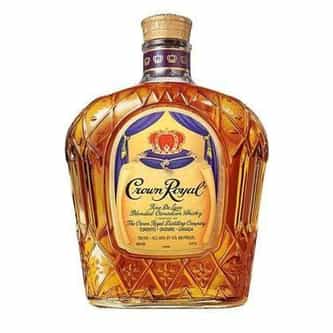 Crown Royal is a blended Canadian whisky created by Seagram but sold to Diageo in 2000. Crown Royal was introduced in 1939 by Samuel Bronfman, president of Seagram, as a tribute to the royal visit of King George VI and his wife, Queen Elizabeth, the first of a reigning monarch to Canada. It was available only in Canada until 1964, being introduced to the United States in the 1960s. It is the top-selling Canadian whisky in the United States. ... more on Wikipedia

Crown Royal IS LISTED ON