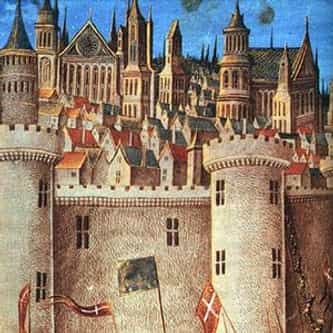 The Crusades were military campaigns sanctioned by the Latin Roman Catholic Church during the High Middle Ages and Late Middle Ages. In 1095, Pope Urban II proclaimed the First Crusade with the stated goal of restoring Christian access to holy places in and near Jerusalem. Following the First Crusade there was an intermittent 200-year struggle for control of the Holy Land, with seven more major crusades and numerous minor ones. In 1291, the conflict ended in failure with the fall of the ... more on Wikipedia

Crusades IS LISTED ON

533.4k VIEWS 15 Of The Most Absurd And Unforgivable Things The Catholic Church Has Ever Done
5.3k VIEWS Brexit and the History of England's Rocky Relationship with Europe