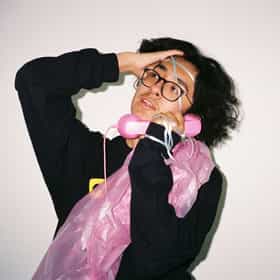 Omar Banos, known professionally as Cuco, is an American singer-songwriter from Hawthorne, California. His fame escalated after releasing "Lo Que Siento" (2017), which attracted over 56 million streams on Spotify alone. Cuco self-released his first two EPs, "Wannabewithu" (2016) and "Songs4u" (2017) after graduating from Hawthorne High School. In 2019, he released his first studio album, "Para Mi," with Interscope Records. His music has gained approximately 290.6 million streams according to Nielsen Music. ... more on Wikipedia

Cuco is ranked on...

#23 of 174 Every Artist On The Coachella 2020 Lineup, Ranked 19.9k VOTES UPDATE: Due to safety concerns related to the Coronavirus outbreak, Coachella 2020 has been postponed to the weekends o...