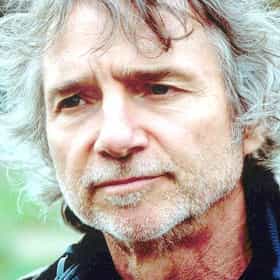 Curtis Lee Hanson (March 24, 1945 – September 20, 2016) was an American film director, screenwriter, and producer. His directing work included the psychological thriller The Hand That Rocks the Cradle (1992), the neo-noir crime film L.A. Confidential (1997), the comedy Wonder Boys (2000), the hip-hop biopic 8 Mile (2002), the romantic comedy-drama In Her Shoes (2005), and the made-for-television docudrama Too Big to Fail (2011). Hanson won the Academy Award for Best Adapted Screenplay in 1998, for co-writing L.A. Confidential with Brian Helgeland, with additional nominations for Best Picture, Best Director, and a Palme d'Or at the 1997 Cannes Film Festival. An active member of the ... more on Wikipedia

Curtis Hanson is ranked on...

Famous People Named Curtis 4.4k VIEWS If your name is Curtis, then you're in some great company. Here's our list of the most famous people named Curtis, including...

Curtis Hanson is also found on...