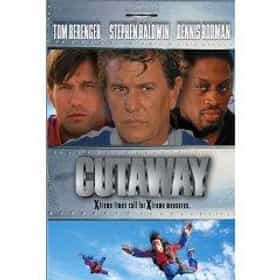 Cutaway is a 2000 action film about skydiving, directed by Guy Manos and starring Tom Berenger, Stephen Baldwin, Dennis Rodman, Maxine Bahns, Ron Silver, Casper Van Dien, and Thomas Ian Nicholas. The film features numerous aerial stunts and much of the film was shot in Miami. This was Dennis Rodman's third film. The term "cut-away" is used frequently in the film, in reference to parachuting and also in reference to life in general. ... more on Wikipedia

Cutaway is ranked on...

Cutaway is also found on...