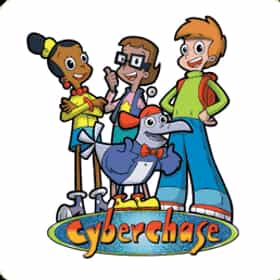 Cyberchase is an American animated television series that premiered on January 21, 2002, on PBS Kids. The series focuses around three earth kids, Jackie, Matt, and Inez, who are brought into Cyberspace, a digital universe, to protect it from the evil Hacker. Using math in application with problem-solving skills, environment and weather, they are able to prevent Hacker from causing any more harm. In Cyberspace, they meet Digit, a cybird that helps the kids on their mission to save Cyberspace. The series was created by Thirteen. In July 2010, after the season eight finale, PBS Kids put Cyberchase on hiatus for unknown reasons, but on their official Facebook page, Cyberchase announced the ... more on Wikipedia

Cyberchase is ranked on...

Cyberchase is also found on...