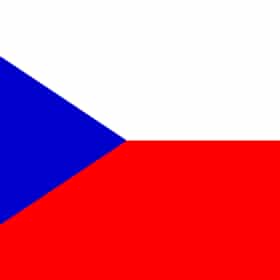 The Czech Republic, is a landlocked country in Central Europe bordered by Germany to the northwest and west, Austria to the south, Slovakia to the east and Poland to the northeast. Prague, the capital, is the largest city, with 1.3 million residents. The Czech Republic includes the historical territories of Bohemia and Moravia, and Czech Silesia. The Czech state was formed in the late 9th century as the Duchy of Bohemia under the Great Moravian Empire. After the fall of the Empire in 907, the centre of power transferred from Moravia to Bohemia under the Přemyslids. In 1004, the duchy was formally recognized as part of the Holy Roman Empire, becoming the Kingdom of Bohemia in 1212, and ... more on Wikipedia

Czech Republic is ranked on...

Czech Republic is also found on...