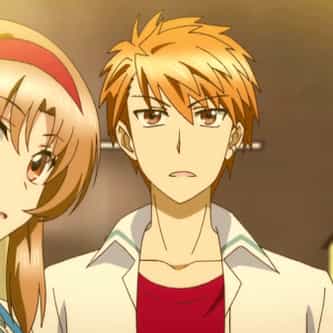 D-Frag!, also known as D-Fragments, is a comedic manga series by Tomoya Haruno. A 12-episode anime television series adaptation by Brain's Base aired from January 6, 2014 to March 24, 2014. The story focuses on a semi-connected series of sketches as delinquent student Kenji Kazama is forced into joining his school's struggling "Game Creation Club" (Game Development Club in the Seven Seas translation) by its members, a quartet of crazy women with their own eccentricities that ... more on Wikipedia

D-Frag! IS LISTED ON