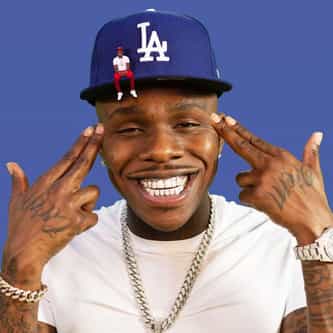 Jonathan Lyndale Kirk (born December 21, 1991), better known as DaBaby (formerly known as Baby Jesus), is an American rapper and songwriter from Charlotte, North Carolina. He is best known for his single "Suge", the lead single off his debut studio album, Baby on Baby (2019). "Suge" became a commercial success and peaked at number seven on the Billboard Hot 100. Along with the success of the single, Baby on Baby peaked at number 7 on the Billboard 200. ... more on Wikipedia

DaBaby IS LISTED ON