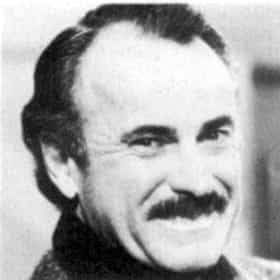 Dabney Coleman is ranked on...

#297 of 362 People who voted for Dabney Coleman... People over 50 are 3x more likely to vote for this also upvote Twilight Saga Franchise on The Worst Movies Of All Time The Funniest People of All Time 896.6k VOTES The funniest people of all time are a mix of actors, comedians, and even a few people who probably didn't start off trying t...
Every Person Who Has Hosted 'Saturday Night Live' 52.4k VIEWS Live from New York! It's Saturday Night! This is a list of all Saturday Night Live hosts, in reverse order,...
35 Celebrities Who Were in Phi Delta Theta 2.6k VIEWS Since 1848, the men who have pledged Phi Delta Theta have taken the motto of "One Man is No Man" to heart. Among t...
Celebrities W/ Dishes Named After Them at Dan Tana's 13.7k VIEWS Dan Tana's history is not just in the walls but on the menu. Dan Tana's restaurant, in West Hollywood on Santa Monica Boulev...

Dabney Coleman is also found on...