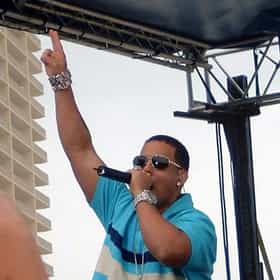 Ramón Luis Ayala Rodríguez (born February 3, 1977), known professionally as Daddy Yankee, is a Puerto Rican singer, songwriter, rapper, actor and record producer. Ayala was born in Río Piedras, Puerto Rico, and was raised in the neighborhood of Villa Kennedy Housing Projects. Daddy Yankee is the artist who coined the word Reggaeton in 1994 to describe the new music genre that was emerging from Puerto Rico. He is known as the "King of Reggaetón" by music critics and fans alike.Ayala aspired to be a professional baseball player, and tried out for the Seattle Mariners of Major League Baseball. Before he could be officially signed, he was hit by a ... more on Wikipedia

Daddy Yankee is ranked on...

Daddy Yankee is also found on...

universal music group artists, what is disneybounding, best steamy romance movies, excuses to get out of a date, youngest country singer, chicago albums ranked, focus on me song, animals that came back from extinction, pearl necklace song, 2020 Hip Hop Groups