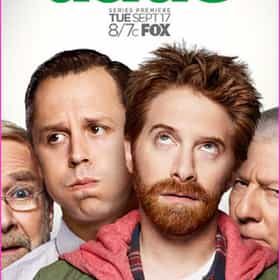 Dads is an American sitcom which premiered on September 17, 2013, and aired Tuesdays at 8:00 pm Eastern/7:00 pm Central on Fox. The series was created by Alec Sulkin and Wellesley Wild, and follows Warner and Eli, two successful video game developers whose lives are unexpectedly changed when their fathers move in with them. Sulkin and Wild are also executive producers. The show was recorded in front of a live studio audience. On May 7, 2014, Fox canceled the series after only one season. ... more on Wikipedia

Dads is ranked on...