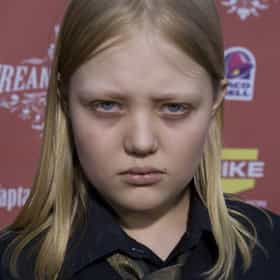 Daeg Neergaard Faerch (; born September 27, 1995) is an American actor. He is perhaps best known for his portrayal of young Michael Myers in Rob Zombie's horror remake Halloween (2007). Faerch has also played in theatrical productions of Grapes of Wrath in which he played the role of Winfield, Marat/Sade in which he played the role of young Herald, Waiting for Godot playing the messenger, and Shakespeare Unabridged as a musical guest rapper. He has performed in Shakespeare productions, including Coriolanus, in which he played young Coriolanus, The Merry Wives of Windsor, and Hamlet. He also landed the role of Pincegurre in the French play L'Impromptu de Théophile, as well as a ... more on Wikipedia

Daeg Faerch is also found on...