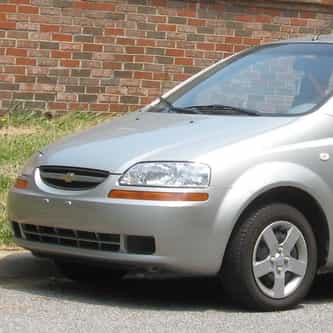 The Chevrolet Aveo (T200) is the first generation of the Chevrolet Aveo, a subcompact automobile manufactured since 2002 by GM Daewoo, the South Korean subsidiary of General Motors — originally marketed as the Daewoo Kalos and prominently marketed as the Aveo. The model received the T200 internal codes, used first by Daewoo, and then, by GM Daewoo during the car's development. The T250 code was designated for the model's facelift. Designed, engineered and originally marketed by GM Daewoo, ... more on Wikipedia