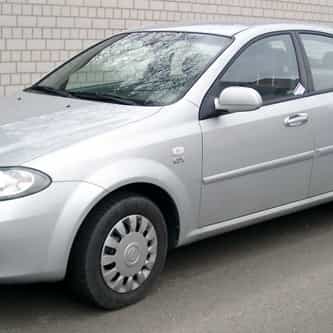 The Daewoo Lacetti is a compact car produced by the South Korean manufacturer GM Daewoo since 2002. The first-generation Lacetti was available as a four-door sedan, a five-door hatchback or a five-door station wagon. The sedan and wagon were designed by Pininfarina, and the hatchback by Giorgetto Giugiaro. The hatchback, known as Lacetti5 in South Korea, was introduced in summer 2004. In November 2008, the second-generation Lacetti was launched under the name Lacetti Premiere, being a ... more on Wikipedia