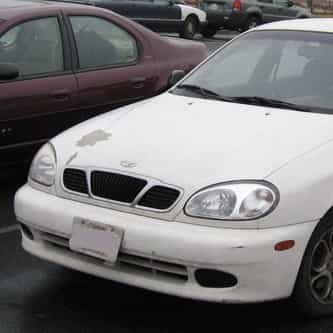 The Daewoo Lanos is a subcompact car produced by the South Korean manufacturer Daewoo Motors from 1997 to 2002, after being car of the year it continued to be produced under license agreements to the present in various countries worldwide. It has also been marketed as the Daewoo Sens, ZAZ Sens and ZAZ Lanos in Ukraine, Doninvest Assol and ZAZ Chance in Russia, FSO Lanos in Poland, or Chevrolet Lanos in Ukraine, Russia and Egypt. It was designed by Giorgetto Giugiaro and initially featured ... more on Wikipedia