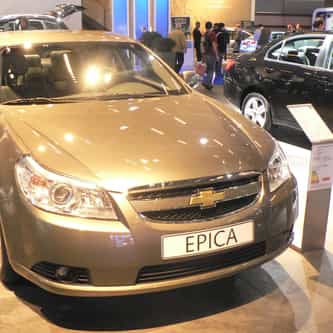 The Daewoo Tosca is a mid-size car built by GM Daewoo in South Korea and marketed worldwide by General Motors as the Chevrolet Epica, Chevrolet Tosca and Holden Epica. Codenamed V250, it replaces the Daewoo Magnus and its derivatives. The Chevrolet Epica was officially launched in Europe at the 2006 Geneva Motor Show. The Tosca is noteworthy in that it is available with transversely-mounted straight-six engines. Contrary to the preceding models, which were styled by Giugiaro, the V250 was ... more on Wikipedia