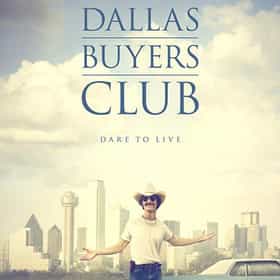 Dallas Buyers Club is a 2013 American biographical drama film, co-written by Craig Borten and Melisa Wallack, directed by Jean-Marc Vallée. Ron Woodroof was an AIDS patient diagnosed in the mid 1980s when HIV/AIDS treatments were under-researched, while the disease was not understood and highly stigmatized. As part of the experimental AIDS treatment movement, he took unapproved pharmaceutical drugs into Texas for treating his symptoms, and distributed them to fellow people with AIDS by establishing the "Dallas Buyers Club" while facing opposition from the Food and Drug Administration. ... more on Wikipedia

Dallas Buyers Club is ranked on...