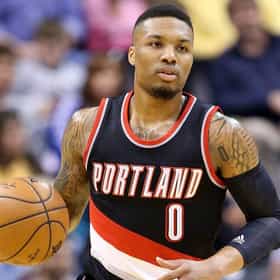 Damian Lamonte Ollie Lillard is an American professional basketball player for the Portland Trail Blazers of the National Basketball Association. Lillard is a 6 ft 3 in point guard from Oakland, California who played collegiately for Weber State University. After being selected by Portland with the sixth overall pick in the 2012 NBA draft, he won the NBA Rookie of the Year by unanimous decision. Twice he has been named an NBA All-Star. ... more on Wikipedia

Damian Lillard is ranked on...

Damian Lillard is also found on...