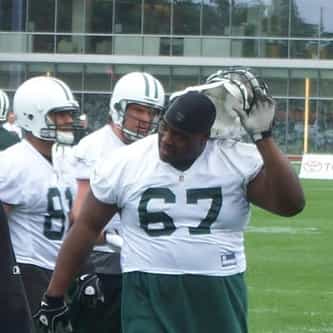 Damien Michael Woody (born November 3, 1977) is a former American football offensive lineman who played for the New England Patriots, Detroit Lions and New York Jets of the National Football League (NFL). He played college football for Boston College. He was drafted as a center by the Patriots in the first round, 17th overall in the 1999 NFL Draft. During his pro career, he played every position on the offensive line. A Pro Bowl selection in 2002, Woody won two Super Bowl rings with the ... more on Wikipedia

Damien Woody IS LISTED ON