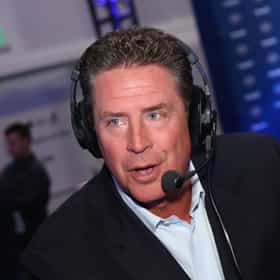 Daniel Constantine Marino Jr. (born September 15, 1961) is an American former football quarterback who played seventeen seasons for the Miami Dolphins of the National Football League (NFL). After a successful college career at Pittsburgh and being named First-team All-American in 1981, Marino was the last quarterback taken in the first round of the quarterback class of 1983. Marino held or currently holds dozens of NFL records associated with the quarterback position, and despite never being on a Super Bowl-winning team, he is recognized as one of the greatest quarterbacks, and generally considered to be among the best pure passers in American football history.Best remembered for his ... more on Wikipedia

Dan Marino is ranked on...

Dan Marino is also found on...