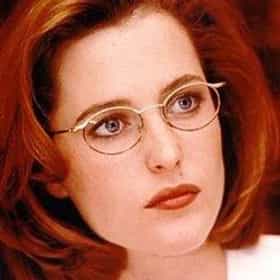 Dana Scully is a fictional character in the Fox science fiction-supernatural television series The X-Files, played by Gillian Anderson. Scully is an FBI agent, partnered with fellow Special Agent Fox Mulder for the first seven seasons, and in the eighth and ninth seasons partnered with John Doggett. In the television series, they work out of a cramped basement office at FBI headquarters in Washington, D.C. to investigate unsolved cases labeled "X-Files"; as of the second film, Scully had left government employment and worked as a surgeon in a private Catholic hospital. In contrast to Mulder's credulous "believer" character, Scully is the skeptic for the first seven ... more on Wikipedia

Dana Scully is ranked on...

Dana Scully is also found on...