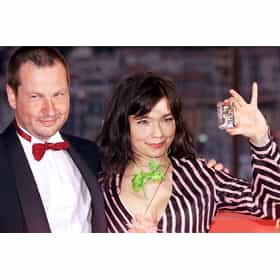 Dancer in the Dark

Dancer in the Dark is a 2000 Danish musical drama film directed by Lars von Trier and starring Icelandic singer Björk, Catherine Deneuve, David Morse, Cara Seymour, Peter Stormare, Siobhan Fallon Hogan, and Joel Grey. The soundtrack for the film, released as the album Selmasongs, was written mainly by Björk, but a number of songs featured contributions from Mark Bell and the lyrics were by von Trier and Sjón. Three songs from Rodgers and Hammerstein's The Sound of Music were also used in the film. This is the third film in von Trier's "Golden Heart Trilogy"; the other two films are Breaking the Waves and The Idiots. The film was an international co-production ... more on Wikipedia

Dancer in the Dark is ranked on...

Dancer in the Dark is also found on...