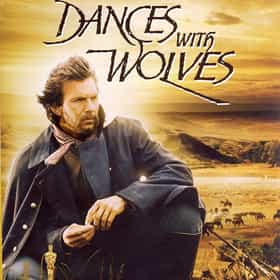 Dances with Wolves is a 1990 American epic western film directed, produced by, and starring Kevin Costner. It is a film adaptation of the 1988 book of the same name by Michael Blake and tells the story of a Union Army lieutenant who travels to the American frontier to find a military post, and his dealings with a group of Lakota Indians. Costner developed the film over a period of 5 years, with an initial budget of $15 million. Dances with Wolves had high production values and won seven Academy Awards including Best Picture and the Golden Globe Award for Best Motion Picture – Drama. Much of the dialogue is spoken in Lakota with English subtitles. It was shot in South Dakota and ... more on Wikipedia

lists about Dances with Wolves

Dances with Wolves is ranked on...

Dances with Wolves is also found on...

Every Oscar Winning Film Ever The 50 Highest Grossing '90s Movies, Ranked Civil War Movies List Movies That Won Best Picture at the Oscars and Golden Globes List of All Movies Released in 1990