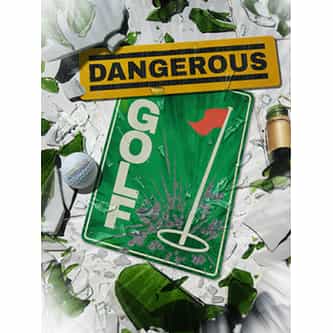 Dangerous Golf is a miniature golf game developed by Three Fields Entertainment, a studio formed by former Criterion Games founders and developers Fiona Sperry and Alex Ward. The game, as stated by the studio, is a mix of Burnout, Black, and NBA Jam, in which players attempt to cause the most destruction by playing miniature golf within a confined space, such as a china shop or a kitchen. The game was released for Microsoft Windows, PlayStation 4, and Xbox One in June 2016. Dangerous Golf ... more on Wikipedia

Dangerous Golf IS LISTED ON