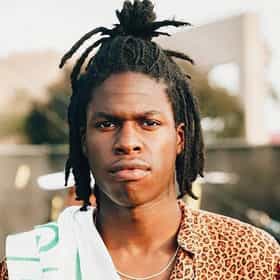 Ashton Simmonds, better known by his stage name Daniel Caesar (born April 5, 1995) is a Canadian R&B and soul singer-songwriter. After independently building a following through the release of two critically acclaimed EPs Praise Break and Pilgrim's Paradise, Caesar released his debut album Freudian in August 2017, which also garnered widespread critical acclaim. His breakout single "Get You" amassed over 10 million streams on Apple Music since its October 2016 release. According to his management, the singer's catalog has garnered over 20 million global streams on Apple Music and 68 million streams on Spotify, with a listener-ship of over 4,000,000 per month. ... more on Wikipedia

Daniel Caesar is ranked on...

common problems everyone has, where is the drinking age 16, songs with Chair in the title, dust song lyrics, greatest music videos of the 90s, classic french movies, 80s actor peter, best new punk bands 2020, bands like portishead, to the moon song