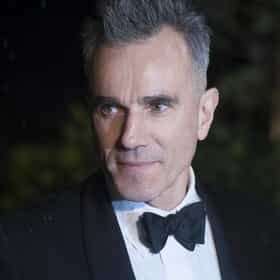 Sir Daniel Michael Blake Day-Lewis (born 29 April 1957) is a retired English actor who holds both British and Irish citizenship. He has been hailed by many as one of the greatest and most widely respected actors of his generation, and one of the greatest actors of all time. He has earned numerous awards throughout his career, including three Academy Awards for Best Actor, making him the only male actor to have three wins in the Best Actor category and one of only three male actors to win three Oscars. He won four BAFTA Awards for Best Actor, three Screen Actors Guild Awards and two Golden Globe Awards. Born and raised in London, Day-Lewis excelled on stage at the National Youth Theatre ... more on Wikipedia

Daniel Day-Lewis is ranked on...

Daniel Day-Lewis is also found on...