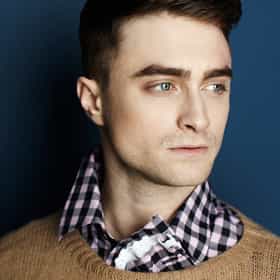 Daniel Jacob Radcliffe (born 23 July 1989) is an English actor and producer. He is known for playing the titular protagonist in the Harry Potter film series, based on the novels by J. K. Rowling. Born and raised in London, Radcliffe made his acting debut at 10 years of age in BBC One's 1999 television film David Copperfield, followed by his cinematic debut in 2001's The Tailor of Panama. At age 11, he was cast as Potter in the series' first film Harry Potter and the Philosopher's Stone, and starred in the series for 10 years, starring in the lead role in all eight films culminating with the final film in the series, Harry Potter and the Deathly Hallows – Part 2, released in 2011. ... more on Wikipedia

Daniel Radcliffe is ranked on...

Daniel Radcliffe is also found on...