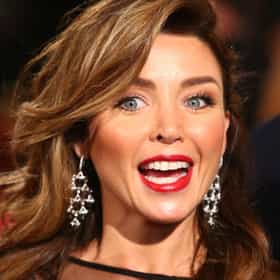 Dannii Minogue (born 20 October 1971) is an Australian singer-songwriter, actress, model, dancer, fashion designer, television presenter and talent competition judge. Minogue rose to prominence in the early 1980s for her roles in the Australian television talent show Young Talent Time and the soap opera Home and Away, before beginning her career as a pop singer in the early 1990s. Minogue achieved early success with hits such as "Love and Kisses", "This is It", "Jump to the Beat" and "Baby Love", though by the release of her second album, her popularity as a singer had declined, leading her to make a name for herself with award-winning ... more on Wikipedia

Dannii Minogue is ranked on...

Dannii Minogue is also found on...