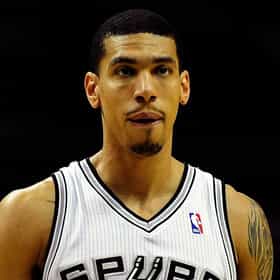 Daniel Richard Green Jr. (born June 22, 1987) is an American professional basketball player for the Los Angeles Lakers of the National Basketball Association (NBA). He played college basketball for the University of North Carolina (UNC), where he played in more games (145) and had more wins (123) than any Tar Heel before him. Green is also the only player in the history of the Atlantic Coast Conference (ACC) with at least 1,000 points, 500 rebounds, 250 assists, 150 three-pointers, 150 blocks and 150 steals. He won an NCAA championship his senior year and was subsequently drafted by the Cleveland Cavaliers with the 46th overall pick in the 2009 NBA draft. During the 2013 NBA Finals, ... more on Wikipedia

Danny Green is ranked on...

Danny Green is also found on...