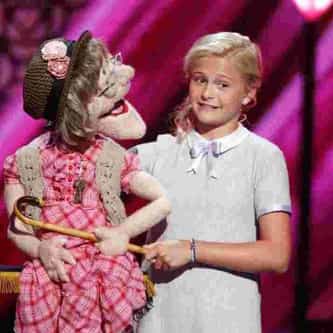 Darci Lynne IS LISTED ON

#3 of 14
14k VOTES The Best America's Got Talent Winners, Ranked
4.8k VIEWS Incredible Kids Who Can Do Everything You Can Do, But Better
#4 of 32
5.4k VOTES Celebrities We Want To See On Dancing with the Stars‎