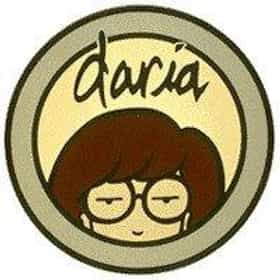 Daria is an American animated television series created by Glenn Eichler and Susie Lewis Lynn for MTV. The series focuses on Daria Morgendorffer, a smart, acerbic, and somewhat misanthropic teenage girl who observes the world around her. The show is set in the fictional suburban American town of Lawndale and is a satire of high school life, and full of allusions to and criticisms of popular culture and social classes. Daria is a spin-off of Mike Judge's animated Beavis and Butt-head series, in which Daria appeared as a recurring character. The series was originally broadcast from 1997 to 2002. Although Judge agreed to release the character to allow her to appear in the spin-off, he had ... more on Wikipedia

Reasons Why Daria Is Actually Unlikeable And People Should Stop Glorifying Her 3.3k votes Back in the '90s, MTV was still awesome, and Daria championed the viewpoint of young people everywhere. She was one of the f...
The Best Daria Episodes of All Time 1.3k votes List of the best Daria episodes, as determined by voters like you. With all the amazing episodes of the show that exist, it'...

Daria is ranked on...