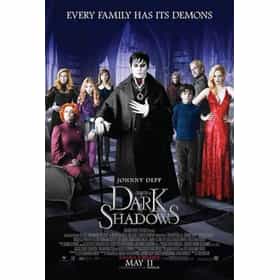 Dark Shadows is a 2012 American horror comedy film loosely based on the gothic television soap opera Dark Shadows that was broadcast between 1966 and 1971. The film was directed by Tim Burton and stars Johnny Depp as Barnabas Collins, a 200-year-old vampire who has been imprisoned in a coffin. Collins is eventually unearthed and makes his way back to his mansion, now inhabited by his descendants. He discovers that his jealous ex-lover, Angelique Bouchard, played by Eva Green, has taken over the town's fishing business that was once run by the Collins family. ... more on Wikipedia

Dark Shadows is ranked on...

Dark Shadows is also found on...