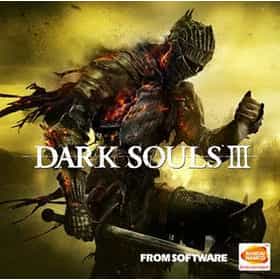 Dark Souls III is an action role-playing video game developed by FromSoftware and published by Bandai Namco Entertainment for PlayStation 4, Xbox One, and Microsoft Windows. The fourth entry in the Souls series, Dark Souls III was released in Japan in March 2016, and worldwide in April 2016. Dark Souls III was critically and commercially successful, with critics calling it a worthy and fitting conclusion to the series. It was the fastest-selling game in Bandai Namco's history, selling over three million copies worldwide within the first two months after release. Dark Souls III: The Fire Fades, a complete version containing the base game and both downloadable content expansions, was ... more on Wikipedia

Dark Souls III is ranked on...