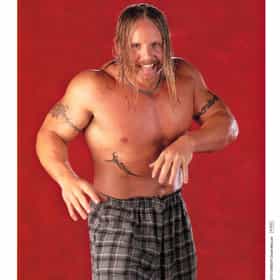 Darren A. Drozdov (born April 7, 1969) is an American essayist, former football player and retired professional wrestler who competed in the World Wrestling Federation (WWF) from 1998-99 under the ring names Puke and Droz. Drozdov is quadriplegic due to a neck injury sustained from a botched wrestling maneuver, but has regained most of the use of his upper body and arms. Drozdov was born in the Mays Landing section of Hamilton Township, Atlantic County, New Jersey. ... more on Wikipedia

Droz is ranked on...

#489 of 559 The Greatest Pro Wrestlers of All Time 1.1M VOTES The greatest pro wrestlers of all-time include WrestleMania winners, WWF and WWE champions and TNA favorites. The entertainm...

Droz is also found on...