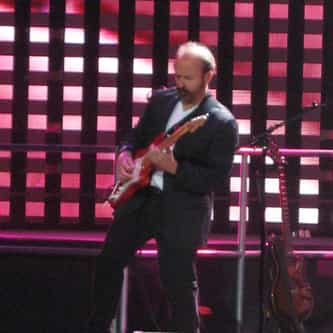 Albums
Another Side of Genesis
Waiting in the Wings
Live & Learn
Go!
Rewired – The Electric Collection
Steppin' Out

Daryl Mark Stuermer (born November 27, 1952) is an American musician, songwriter, and producer best known for playing the guitar and bass for Genesis during live shows, and lead guitar for Phil Collins during most solo tours and albums. He has also released ten solo albums, and tours with his Daryl Stuermer Band. ... more on Wikipedia

Daryl Stuermer IS LISTED ON