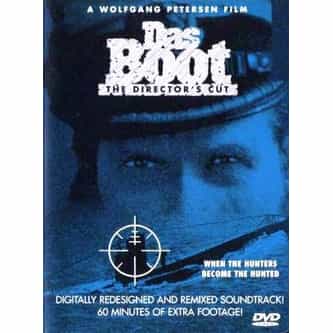 Das Boot is a 1981 German epic film written and directed by Wolfgang Petersen, produced by Günter Rohrbach, and starring Jürgen Prochnow, Herbert Grönemeyer, and Klaus Wennemann. It has been exhibited both as a theatrical release and as a TV miniseries, and in several different home video versions of various running times. Das Boot is an adaptation of the 1973 German novel of the same name by Lothar-Günther Buchheim. Set during WWII, the film tells the fictional story ... more on Wikipedia

Das Boot IS LISTED ON