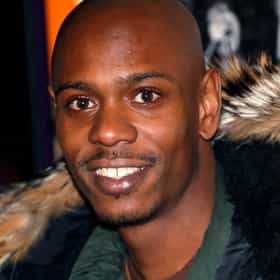 David Khari Webber Chappelle (; born August 24, 1973) is an American stand-up comedian, actor, writer, and producer. Chappelle is the recipient of numerous accolades, including two Emmy Awards and two Grammy Awards. He is most known for his iconic and acclaimed satirical comedy sketch series Chappelle's Show (2003). The series was also co-written by Neal Brennan, which ran until Chappelle's retirement from the show two years later. After leaving the show, Chappelle returned to performing stand-up comedy across the U.S. By 2006, Chappelle was called the "comic genius of America" by Esquire and, in 2013, "the best" by a Billboard writer. In 2017, Rolling Stone ranked ... more on Wikipedia

Dave Chappelle is ranked on...

Dave Chappelle is also found on...