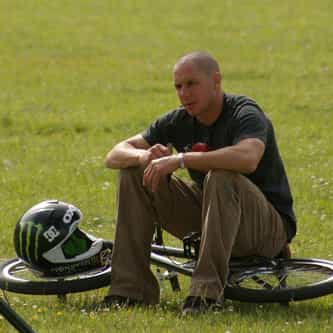 David Michael Mirra (April 4, 1974 – February 4, 2016) was an American BMX rider who later competed in rallycross racing. Mirra held the record for most X Games medals in BMX Freestyle, and medalled in every X Games from when they started in 1995 up to 2009. As a BMX rider, he was known primarily as a vert ramp and park rider. He had also competed for several years with the Subaru Rally Team USA as a rallycross driver. He rode and was sponsored by Haro Bikes from the mid 1990s until ... more on Wikipedia

Dave Mirra IS LISTED ON