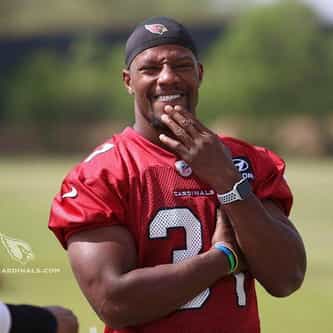 David Jerome Johnson Sr. (born December 16, 1991) is an American football running back for the Arizona Cardinals of the National Football League (NFL). He was drafted by the Cardinals in the third round of the 2015 NFL Draft. He played college football at Northern Iowa. Johnson attended Clinton High School in Clinton, Iowa, where he was a three-sport star in football, track, and basketball. He played as a running back and defensive back for the River Kings high school football team. He set ... more on Wikipedia

David Johnson IS LISTED ON