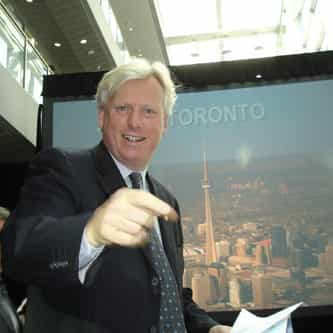 David Raymond Miller (born December 26, 1958) is the North American director for the C40 Cities Climate Leadership Group, a former Mayor of Toronto and former president and CEO of WWF-Canada, the Canadian division of the international World Wildlife Fund.A former politician, Miller was the 63rd Mayor of Toronto from 2003 to 2010. He entered politics as a member of the New Democratic Party, although his mayoral campaign and terms in office were without any formal party affiliation. He ... more on Wikipedia