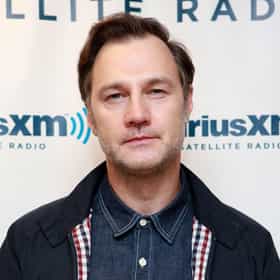 David Mark Morrissey (born 21 June 1964) is an English actor, director, producer, and screenwriter. At the age of 18, Morrissey was cast in the television series One Summer (1983), and subsequently attended the Royal Academy of Dramatic Art before acting with the Royal Shakespeare Company and National Theatre for four years. Throughout the 1990s, he often portrayed policemen and soldiers, though he also played Bradley Headstone in Our Mutual Friend (1998) and Christopher Finzi in Hilary and Jackie (1998). He then had roles in Some Voices (2000) and Captain Corelli's Mandolin (2001), before he played the critically acclaimed roles of Stephen Collins in State of Play (2003) and Gordon ... more on Wikipedia

David Morrissey is ranked on...

#885 of 1,149 The Best Actors in Film History 2.2M VOTES The best actors ever are ranked here in this list of the best actors in film history. These are the greatest actors ever to ...
#217 of 335 The Greatest Actors Who Have Never Won an Oscar (for Acting) 450.1k VOTES There are many actors who haven't won an Oscar. For 95 percent of the acting population, there is probably a good reason the...
#251 of 273 People who voted for David Morrissey... also upvote Harry Potter Franchise on The Best Movies of All Time The Greatest British Actors of All Time 281.6k VOTES This list of the greatest British actors of all time has been ranked by fans of the films and TV shows in which these men ha...
#232 of 313 Famous People Most Likely to Live to 100 12.7k VOTES Sometimes, age really is just a number. But these healthy old celebrities seem to be defying time like no others. These clas...
#179 of 255 People who voted for David Morrissey... also upvote Twilight Saga Franchise on The Worst Movies Of All Time Actors You Would Watch Read the Phone Book 314.4k VOTES List of actors who you would watch do something as mundane as read the phone book. Some of these guys are leading men, consi...
#330 of 514 Celebrities Nobody Cares About Anymore 3.4M VOTES Some of the greatest actors of all time have, in recent days, turned into a bunch of washed-up hacks that would be somehow b...
#8 of 54 The Best Actors in Live-Action Comic Book TV Shows 20.8k VOTES These are the actors that found that sweet spot, that portrayed these modern day gods and goddesses right. They brought our ...
#11 of 14 You Need to See These Yearbook Photos of the Cast of The Walking Dead 58.1k VOTES This is the moment all you zombie lovers out there have been waiting for! If you love The Walking Dead, then you'll def...
Famous People Named David or Dave 51.2k VIEWS List of famous people named David, along with photos. How many celebrities named David can you think of? The famous Davids b...
Famous Tall Men Over 6'2 443.8k VIEWS Some of the tallest men in Hollywood may not seem so on your screen. Paired alongside other tall actors, shorts actors weari...
#15 of 20 The Best The Walking Dead Actors 880 VOTES When it comes to bringing those delightfully creepy chills year after year, no one does it better than the actors on The Wal...
26 Celebrities Whose Parents Are Teachers 111.3k VIEWS Can you imagine if Matt Damon's mom or Sandra Bullock's dad taught your math class? What if Alec Baldwin's dad coached your ...
Where You've Seen The Walking Dead Actors Before 13.1M VIEWS With everyone dying and coming back to life all the time, it's hard to keep track of all the different performers appearing ...
Before Actors on The Walking Dead Die, They All Dine: Death Dinner Stories 143.6k VIEWS Do NOT get bludgeoned by spoilers! This list discusses many major deaths on The Walking Dead. The somber feasts continue wi...
The Top Ten 'It's That Guy' Guys 9.1k VIEWS We've all been there literally tens of times... when you're watching a movie or a TV show and a new character comes on the s...

David Morrissey is also found on...