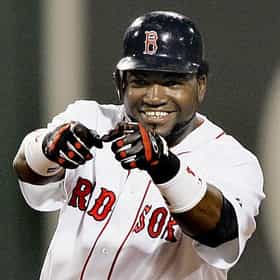 David Américo Ortiz Arias (born November 18, 1975), nicknamed "Big Papi", is a Dominican-American former Major League Baseball (MLB) designated hitter (DH) and first baseman who played 20 seasons, primarily with the Boston Red Sox. He also played for the Minnesota Twins. During his 14 seasons with the Red Sox, he was a ten-time All-Star, a three-time World Series champion, and a seven-time Silver Slugger winner. Ortiz also holds the Red Sox single-season record for home runs with 54, which he set during the 2006 season. Originally signed by the Seattle Mariners in 1992, Ortiz was traded to the Twins in 1996 and played parts of six seasons with the team. Ortiz was ... more on Wikipedia

David Ortiz is ranked on...

David Ortiz is also found on...