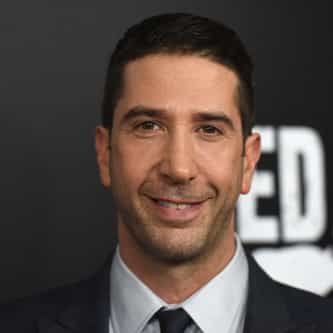 David Lawrence Schwimmer (born November 2, 1966) is an American actor, director, activist, and producer. Schwimmer began his acting career performing in school plays at Beverly Hills High School. In 1988, he graduated from Northwestern University with a Bachelor of Arts in theater and speech. After graduation, Schwimmer co-founded the Lookingglass Theatre Company. For much of the late 1980s, he lived in Los Angeles as a struggling, unemployed actor, until he starred in the television movie ... more on Wikipedia

David Schwimmer IS LISTED ON