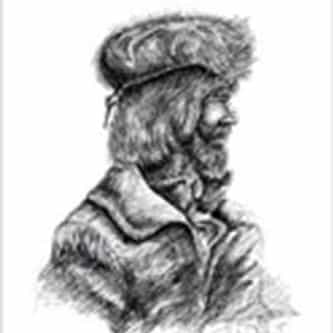 David Thompson (30 April 1770 – 10 February 1857) was a British-Canadian fur trader, surveyor, and cartographer, known to some native peoples as Koo-Koo-Sint or "the Stargazer". Over Thompson's career, he traveled some 90,000 kilometres (56,000 mi) across North America, mapping 4.9 million square kilometres (1.9 million square miles) of North America along the way. For this historic feat, Thompson has been described as the "greatest land geographer who ever lived." ... more on Wikipedia